Its not a secret I’m a really big Connor Strahm fan, as the kid is one of the best football players in the entire northwest. Strahm returns after earning SWC Offensive Conference Player of the Year Honors, after going for 1900 all purpose yards and 28 Tds in 2011. He was also part of NEI-South that traveled with us to Las Vegas for the National 7 on 7 tournament in the off season.

More then his play, he is just an outstanding kid that represents Sheldon and the City of Eugene like very few have ever been able to do before. He holds offers from Portland St, Montana, and North Dakota and there are a host of other schools right on the bubble.

The thing that makes Strahm unique is that he isn’t going to be the guy with the fastest forty or highest vert. That said he will be the kid that is better then everyone else on the field, continuously breaking people off. He could be the first athlete ever to win Offensive and Defensive Player of the Year honors in the same season for the State of Oregon at the highest classification level. His offensive numbers speak for themselves and he was second in the state in INT’s a year ago with (7).

We caught up to Connor the other day and here’s was what one of Oregon’s best had to say….

Jordan J-NEI – What is it about the Sheldon program that makes it the class of the SWC and even the State every year?

Connor Strahm – “Its all about coaching for us.. There are teams even within our conference that have equally talented athletes, but our coaches push us to that next level”.

Jordan J-NEI – You have only lost 2 games in your Varsity career, what does that and being the returning Conference Player of the Year mean?

Connor Strahm – “Having not lost many games in my career, and zero within the conference since I’ve been at Sheldon it makes us work harder…We don’t take losing very well and that’s a good thing.. As for being Player of the Year its just more motivation for me personally to be better then last year. It also helps having the great players around me that I always do:.

Jordan J-NEI – You have 3 D1aa offers, what are you looking for in a school, and when do you plan on making a decision?

Connor Strahm – “As for the recruiting process, Im looking for a school that my family feels comfortable with me going to and is also fairly close to home.. A D1 FBS offer would be good to”.

Jordan J-NEI – You were a state leader in both Td’s and Int’s, do you prefer offense and defense?

Connor Strahm – “I don’t really have a preference on offense or defense, its been a really good experience playing on both of them the last two years…I will do whatever is asked of me at the next level”

Jordan J-NEI – Talk about the influences in your life…Who has helped you get to this point?

Connor Strahm – “My family for sure, they have always supported me with whatever I want to do and I love them..I can’t say enough about the coaches that have been like family, because of how much time we have spent together… I would also like to give a shout out to you, Taylor and the rest of NEI..What you guys do every week is unmatched with these articles, and the talks you have with colleges everyday help so many kids …Unlike other sites that just talk about three to four people all year you guys rep the entire Northwest, and you can see how many additional offers have come about because of it..Its not a coincidence northwest recruiting has grown the way it has”.

* Just as a side note, we appreciate the kind words from Connor, but we also need to give thanks to others including ESPN, Scout, and Oregon Live who have done amazing job helping to get these kids recruited . We appreciate the relationships we have with all of them. 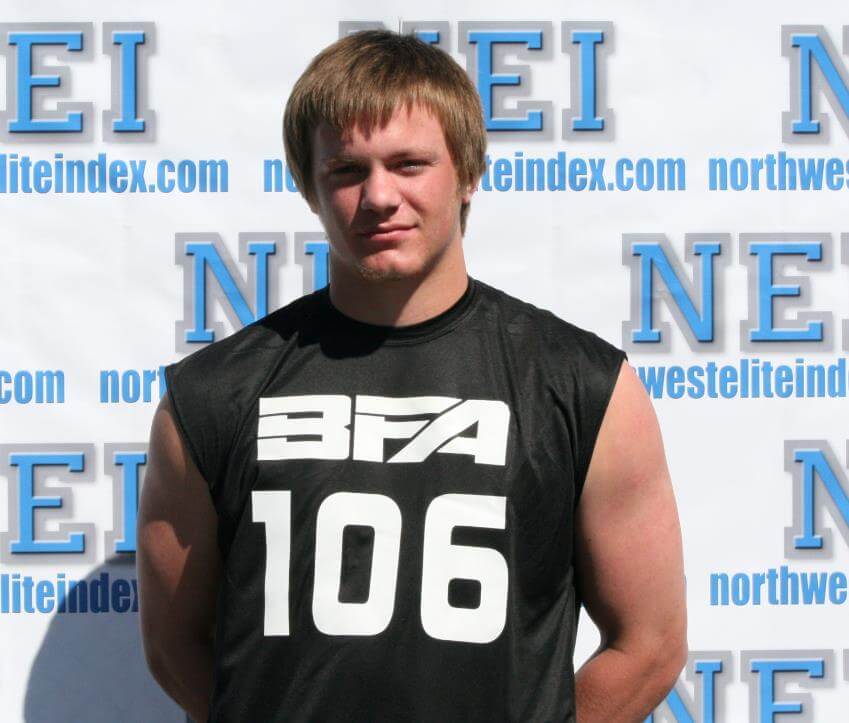