**This list is a way to showcase this weeks top performances. I am sure I missed a few and would like to know the ones I did. You can either comment on here or send me an email at Ringerland@gmail.com.

Mabton Vikings Football – Congratulations to the Vikings who beat Riverside (OR) 29-6. The win snaps a 35 game losing streak! Their last win came all the way back on October 16th, 2009 over the Highland Scotties by a final score of 32-22.

Jack Neary, Sr. QB Issaquah – In one of the bigger upsets of the weekend, the Eagles blasted third-ranked Newport 48-28. Neary completed 16 of 28 passes for 304 yards and 4 TDs. The senior signal caller is one of the area’s fastest rising recruits and he showed why on Friday night.

Teague James, Sr. RB Graham-Kapowsin – James and the Eagles were featured yesterday on NEI. Friday night he carried 21 times for 259 yards and 4 TDs. GK is should be sitting all alone in the #3 spot when the new 4A top ten is released.

Justin Smalley, Sr. RB Battle Ground – The Tigers head into league play on a two game winning streak after a 44-21 win over Auburn Mountainview. Smalley carried 34 times for 234 yards and scored 4 TDs and will be a key player as they Tigers look to get into the playoffs.

Tyler Yarber, Sr. RB Rochester – Yarber makes the list for the second time this season when he rushed for 237 yards on 34 carries and a TD. The Warriors beat Hoqiuam 24-12 to move to 3-1 on the season, and 2-0 in league play. The next two week are huge for Rochester as they travel to Elma and Montesano, the only other teams without a loss within the league.

Eli Whitmire, Jr. ATH Woodland – The Woodland Beavers are for real! They traveled to play the defending 1A champion Montesano and came away with a 47-3 win. Whitmire did a little bit of everything to the tune of 311 all-purpose yards. He scored TDs three different way, rushing, receiving (2) and on a punt return.

Kurt Calhoun, Sr. RB Zillah – The Leopards continued to roll and made a huge statement this week by blasting #3 Royal 45-14. Calhoun carried 24 times for 222 and 3 TDs (65, 1 and 2 yards). Zillah is currently the top ranked team in the 1A classification.

Austin Otis, Sr. RB Lake Stevens – One of the state’s leading rushers went absolutely wild on Friday night leading the Vikings to a 49-13 win over Monroe. Otis broke a school record by rushing for 292 yards on 24 carries and get into the endzone 4 times. He is now over 700 yards on the season with 7 TDs.

Cooper Beucherie, Sr. RB Sultan – The Turk got a big 41-14 win over rival Granite Falls in the Black and Blue Bowl. Beucherie rushed 25 times for 257 yards and 3 TDs. The win brings Sultan to 2-0 in league play with a matchup against King’s looking next week.

Alex Riley Sr. LB / Vinny Le, Jr. LB Auburn Riverside – The Ravens moved to 4-0 on the year with a 19-6 win over Kentlake. The defense is led by Riley who finished with 11 tackles on the night, and 28 on the season. Le who had 10 tackles the previous week, came up with 3 tackles, 2 for a loss and 2 fumble recoveries. The Ravens are playing some of the best football in school history and are on the verge of the top ten rankings.

Peninsula Seahawks Offense – The Seahawks got their first win of the year with a big 52 point outburst against Mountain View. Junior QB Robert Kvinsland completed 16 of 23 passes for 298 yards and 2 TDs, one to senior WR Ian Hodge who finished with 80 yards on the night. Senior RB Avega Siolo only needed 19 carries to rush for 226 Yards and 2 TDs, while junior RB Levi Alton also chipped in with 3 TDs. Senior WR Will Hopkins was also over 100 yards receiving on the night.

Izaiha Schwinden, Sr. RB Mount Baker – Schwinden needed only 11 carries to rush for 207 yards and 4 TDs in a 56-0 win over Cedarcrest. The Mountaineers are now 3-1 on the season.

Kylle Roberton, Sr. QB / Austin Gutierrez, Jr. WR Kamiakin – In a 42-21 win over rival Southridge, Robertson finished with 17 completions for 388 yards and 3 TDs. All three touchdowns went to Guiterrez who had 4 catches for 143 yards. 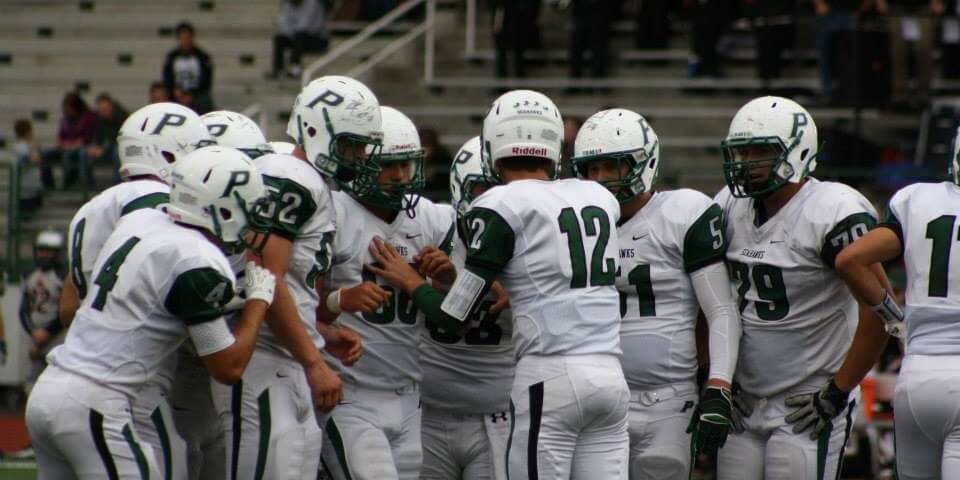