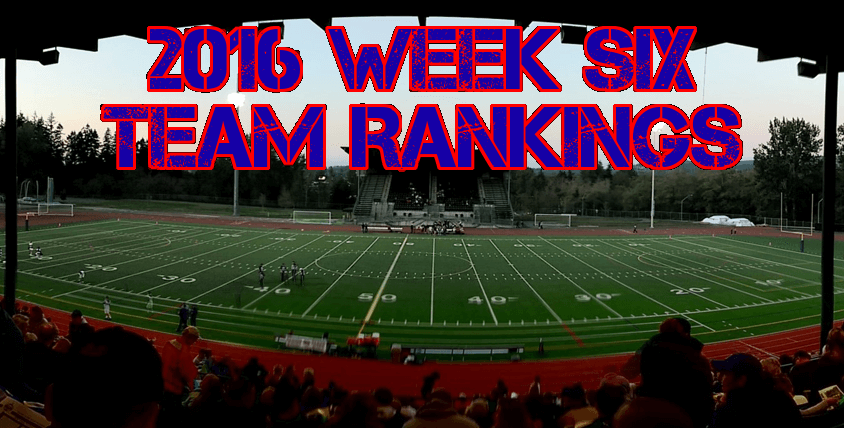 The 4A classification is as tough as I can ever remember. The only losses in the top ten are against other top ten teams. Every one of the teams in the honorable mention has a case to be in the top ten right now. 3A is really starting to look like a three horse race to me, but really the top eight teams all look like possible state semi-final teams. Like every year, 2A is a bit of a crapshoot, although I still think ATM is head and shoulders above the rest.

1A has a handful of teams that look like they are top tier, and most are east of the mountains. Could make for an interesting setup come playoff time. Eastern Washington is loaded in 2B as well, with two big time title contenders in the top three. I will go on record right now as saying Lummi will win the 1B state championship, I am fully confident.