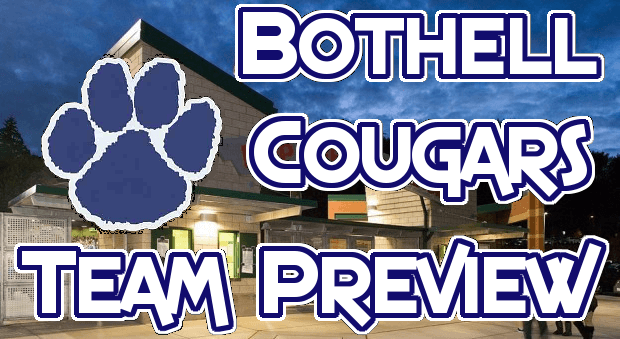 QB Jacob Sirmon (6’4, 210, ’18) – Replacing a three-year starter who just took the program to its first state title is never an easy task, but Sirmon appears to be just the man to take the helm of the Cougars’ offense. We have yet to see him truly face varsity talent, but if he develops like we all think he can, the sky is the limit. Sirmon is already getting looks from Power Five programs from across the country and he will likely be one of the top quarterbacks in the country during the 2018 recruiting cycle.

RB/S Damani St. John-Watkins (5’10, 180, ’16) – The talented two-way player will share duties in the running game and he’ll be expected to be a leader in the Cougars’ secondary. St. John-Watkins is tough and smart, something coaches always want from their senior players.

RB/S Caleb Meyer (6’0, 180, ’16) – Meyer is a lot like St. John-Watkins, a talented, tough runner on offense and a big-play safety who can be a real force in the deep patrol for the Cougars.

LB/FB Parker Chamberlin (5’11, 225, ’17) – Chamberlin will man one of the inside linebacker spots for the Cougars in their 3-4 scheme and the coaches really think he can be a playmaker for them in the middle of their defense. Instinctive and physical, Chamberlin helps set the tone for the defense.

For the first time, Bothell can justifying say “We’re Number 1!”

Bothell head coach Tom Bainter, widely regarded as one of the top coaches in the state, finally saw everything come together for his team and, at the end of the season, his Cougars were holding the state title trophy on the Tacoma Dome field the first weekend in December.

Now, the hunters become the hunted. Everyone is out to get the Cougars, but this program is rolling right now and instead of rebuilding, it looks like they are ready to reload and defend the first state title in school history.

Replacing a three-year starter is never easy, but sophomore QB Jacob Sirmon (6-4, 210) appears to be set to do just that now that Ross Bowers has moved on to Cal.

Sirmon had a great spring, showing why he’s considered one of the top 2018 quarterback prospects on the West Coast. The talented sophomore has a big-time arm and he has those leadership skills you look for in a starting signal-caller. So far, all we’ve seen from his is impressive performances in 7-on-7 work, so this will be our first chance to see where he stands once things go live in September.

With the loss of All-State tailback Sam McPherson, some might think there will be a huge fall-off in the running game, but the combination of Meyer and St. John-Watkins should be able to fill the void nicely.

At receiver, standouts Dayzell Wilson and Jackson Keimig both have graduated, so things are a bit in flux at the position, but there are plenty of seniors ready to fill the those open spots and the leader will of the group will likely be Marcus Henry (5’11, 180).

Junior Peter Davis (6’2, 215) will be the tight end and he could be a budding star with his abilities as a blocker and a receiver.

Along the offensive line, junior Jesse Sims (6’1, 240) is the only returning starter, but junior Lucas Jones (6’0, 240) has some playing experience and will be at center for the Cougars this fall.

Like the offensive line, the defensive line will only return one starter, Sims, with lots of youngsters looking to establish themselves in the rotation.

Depending on the scheme they are employing at the time, Sims will be at either defensive end (in an odd front) or slide inside to play the three tech spot (in an even front).

The two established players in the secondary are seniors Meyer and St. John-Watkins at the safety spots.

At corner, the Cougars will be young, but they have a handful of sophomores and juniors who will battle things out in fall camp.

The Bottom Line: Bothell will be an interesting team to watch this fall. They have one of the best programs in the state, outstanding leadership from Bainter and his staff and a great talent base to pull from, so the fall off from last year to this year shouldn’t be too far. Do they have enough to make it back to the state playoffs? Absolutely, but is it enough to make it back to Tacoma this December? That remains to be seen.